Creativity in the Age of Consumption or How to Defy Hopelessness

It was one beautifully tranquil Sunday afternoon in early February, a month dedicated for the arts in the Philippines (though obligatory), that my much-loved sister, Kristine, a pathologist, warned me – in one of our supposedly casual talks over messenger – about COVID-19. She said, “Prepare for the apocalypse. And, I mean it.” Because I’ve known her to be a person of few words and someone who is the last to exaggerate on things, I took the forewarning very seriously. If my sister is a film, she’d surely be directed by names like Ozu Yasujirō and Lynne Ramsay – two of my most favourite film directors. And films like Ozu or Ramsay‘s are not to be taken with a grain of salt.

My last three months prior to that call was some of the busiest, working piously on one of the country’s most popular festivals, Iloilo City’s Dinagyang; and, was starting with preparations for the national film grants program rooted on Filipino values of the National Commission for Culture and the Arts (NCCA). Added to this was the final stages of production for my new historical full-length Hiligaynon film Hayahay Sang Kahilwayan (English title: Revolutions Happen Like Verses in A Poem) which weaves fragmented stories of ordinary people working quietly behind the scenes to help the revolution in Western Visayas led by heroes like Patrocinio Gamboa and General Martin Delgado from Sta. Barbara, Iloilo. It was because of them that the first cry of independence outside of Luzon happened. I was scheduled to shoot the crucial scenes which should include more than a hundred extras last April (2020).

Everything looked very hopeful for everyone. Scenes from Benh Zeitlin’s Beasts of the Southern Wild  kept on playing in my mind, anticipating a creatively fruitful year. Until March 8th when the lockdown was imposed. Four days before this, I met up with my film students at Pamantasan ng Lungsod ng Maynila (University of the City of Manila, hereinafter referred to as PLM) and told them that I wouldn’t be conducting classes anymore and, whatever decisions were to be made by the school or the city, everything related to my subject shall be conducted online. This was for their safety, I told them. Hours after, while we had a group photo, we received a university directive asking us all to go home. It was the Mayor who sent out that order, we were told. The dramatic Manila sunset that day reminded me of the film I played earlier on in my film class, Frances Bodomo’s short, Boneshaker, and I imagined being interconnected with the little girl, the film’s main character, while she was in an unruffled lake, looking at the Louisiana sunset with much hope.

One day before the lockdown, I still had an important meeting wherein I joined some of the country’s most respected film names to finally select the first set of film grantees for the project. By that time we were hearing news of panic buying and citizens in fear, not knowing what lies ahead. One major member of our team, my good friend Tanya, had to make an immediate booking for herself and her staff so they could fly back to the province that very day. We ended our meeting knowing that Tanya and her team had already arrived in Bacolod. We all had this urge to sit down and talk over coffee while looking at this little garden outside the quaint hotel but the atmosphere of uncertainty just got into us. We hugged and bid each other goodbye, promising we’d be in touch online. They were literally the last set of friends I hugged before physical distancing became the next normal. Scenes from Steven Soderbergh’s film Contagion played out in my mind that day while trying to maintain calm and in control. But unlike the mood of unease in Contagion, we were like sober souls, not different from the numb characters in Michael Haneke’s Time of the Wolf, an apocalyptic film devoid of the usual formula.

Fast forward to a few months later and we're now in a time where we've been forced to use much of our senses. We've watched more; talked less. Eaten more; moved less. We've improved listening a little bit; roamed around a little bit less. The growing uncertainties have been alarming. And the coping mechanisms of everyone vary much more diversely as we wait, with forbearance, for things to be better despite much reservations, seeing irresolute results from political leaders. I have been calling friends, inspired by Juliet Binoche's character in Krzysztof Kieślowski's Blue, telling them to get busy and move forward. Despite much time wasted, we can't simply sit by the window and look at the skies forever. And no matter how much we watch magic shows with amazement, we really can't expect something from doing nothing. I have been insistent: quarantine is the best time to be creative; to get messages across and to call for action. To tell new stories and create new memories. For keeps.

Seeing the need to inspire very independent filmmakers (like me) who work outside systems and structures,  I see an uphill challenge given the large-scale restrictions that send enormous shocks to artists who’re left with almost nothing except their talent and creativity. But there is an urgent need to see the glass half full – never mind if you only see a single drop of water – so we can start re-plotting fresh artistic paths. We can’t end up like the characters in Mike De Leon’s Kisapmata (In Just the Wink of an Eye) – recently restored in its nightmarish beauty – wherein everyone’s fate was unkind. We need to consciously fight the torturous tides. We owe it to the health workers, the service providers, our families and ourselves. We owe it to humanity.

Regional, inter-island and international collaborations can be forged to, once again, make connections between artists, works of art and the accompanying varying issues that directly affect them to constitute something that will result in multi-dimensional works that capitalize on both our independence and interdependence. New media works and immersive online creations (whether films, games or interactive projects) are, once again, given the spotlight now that projects requiring physical attendance are out of the picture. This reminds me of the Japanese-produced laserdisc video game Astron Belt created by the videogame developer Sega which was one of the earliest interactive multimedia games that incorporated footage with real-time 2D computer graphics. In recent memory, one of the most popular interactive films would be Black Mirror: Bandersnatch which gave audiences the chance to make choices within the film’s structure, selecting from more than 150-minute-long footages, divided into 250 segments that would lead to five main endings.

Beyond physical spaces and face-to-face interactions, we should tap ourselves to embark on projects and businesses that reinvent us and our ideas. Resilience is different from tolerance. So while we use much of our days for consumption, there should be that desire to create. This led me to play many film scenes in my mind but there’s two scenes that persists: the final scene in Kurosawa Akira’s Rhapsody in August which showed Kane (Murase Sachiko), already a grandma, with a petite umbrella battling the relentless storm to save her husband who is merely a fragment of her memory. And the final scene of Wong Kar Wai’s Happy Together wherein we see Fai (Tony Leung) taking a photo of Chang (Chen Chang) after eating in the latter’s family food stall,  narrating that even though he doesn’t know if he’ll ever see Chang again, he surely knows where to find him. This is the kind of conviction we need to embrace. The future may be uncertain. But we can surely fill it with hope. 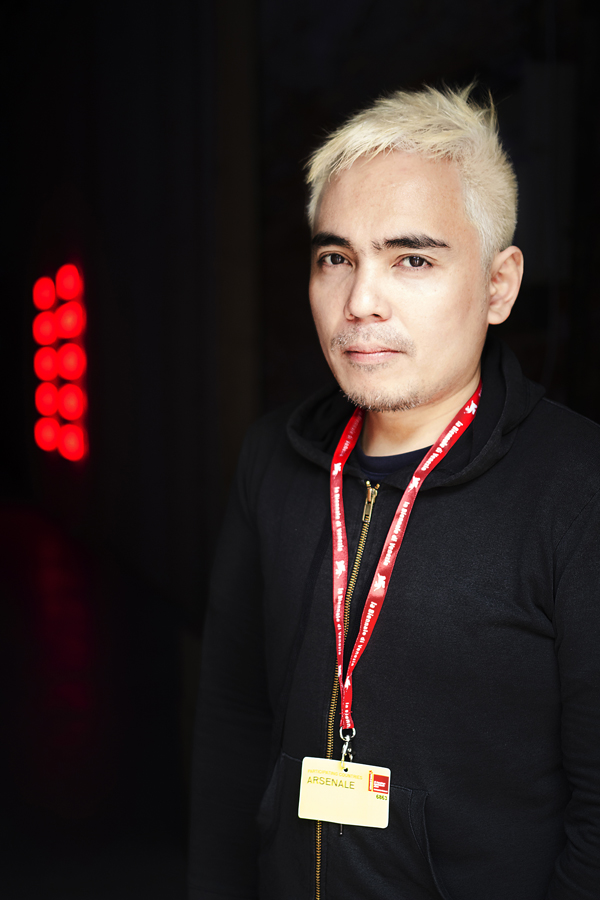 Elvert Bañares is a filmmaker, multidisciplinary artist, film producer and educator. His film Dreams Aren't Made by the Wind and The Author: Chapter Two, finished during the quarantine period, have already been selected in seven international film festivals and have won him the Best Screenplay Award at the Cyber Short VR Film Festival (2020) in Nevada, USA. He is the founder of CineKasimanwa: Western Visayas Film Festival, eKsperim[E]nto Festival of Film & New Media and Co-Festival Director of Bakunawa Cinema of the Young. A Gawad URIAN nominee, he is the first filmmaker to win the Best Regional Entry Award at the Gawad CCP for Independent Film and the first ever Regional Manager of Cinemalaya in the Visayas (2019).

Elvert Bañares is a filmmaker, multidisciplinary artist, film producer and educator. His film Dreams Aren't Made by the Wind and The Author: Chapter Two, finished during the quarantine period, have already been selected in seven international film festivals and have won him the Best Screenplay Award at the Cyber Short VR Film Festival (2020) in Nevada, USA. He is the founder of CineKasimanwa: Western Visayas Film Festival, eKsperim[E]nto Festival of Film & New Media and Co-Festival Director of Bakunawa Cinema of the Young. A Gawad URIAN nominee, he is the first filmmaker to win the Best Regional Entry Award at the Gawad CCP for Independent Film and the first ever Regional Manager of Cinemalaya in the Visayas (2019).
© 2021 Suki Magazine
Terms and Conditions
Copyright
Privacy Policy
The Japan Foundation (Headquarters)