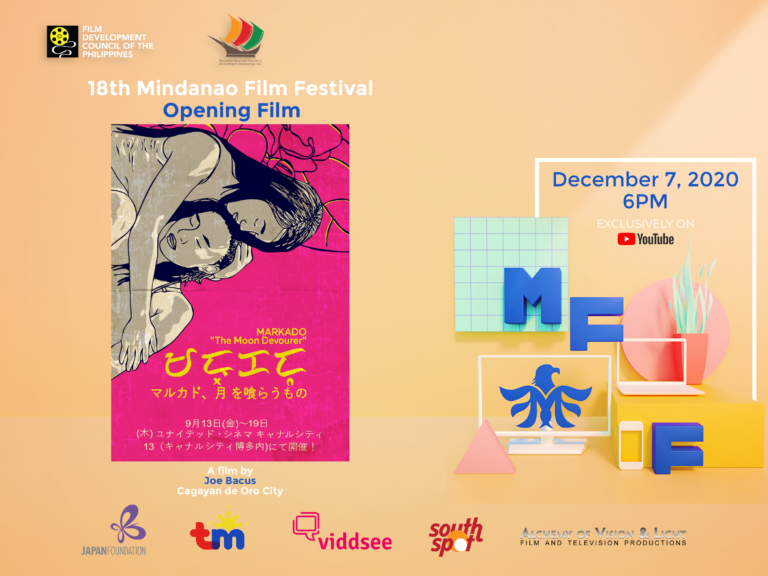 In its 18th consecutive year, the Mindanao Film Festival (MFF) is the longest-running independent film festival in the Philippines. Based in Davao City, the festival provides independent filmmakers of Mindanao a platform for showcasing films that highlight and explore the unique and fascinating stories of Mindanao.

The MFF’s primary goal is to exhibit the most current achievements in Mindanaoan independent filmmaking to broad audiences. It also seeks to create a setting where artists, scholars, and cultural enthusiasts can meet and explore how to push creative bounds and the development of relevant media. Finally, it aims to present works by film artists from various ethnic backgrounds, religions, classes, and creeds, to promote an understanding that Mindanaoan stories and experiences are complex and multiple.

In recent years, the MFF has started showcasing independent films from other parts of the country as well as those from around the world. This is to expose audiences in Mindanao to other stories, cultures, and perspectives from films that they would normally never be able to see. It also gives Mindanaoan filmmakers the opportunity to learn different storytelling and filmmaking techniques from their counterparts in other regions or countries.

For the 18th edition of the MFF, a particular emphasis was given to highlight the country of Japan and its fascinating people and culture. The festival had two films from and about Japan. These were “Otosan” and “Ohayo Sapporo”. The festival also had five-panel discussions facilitated by Tagum-based Japanese journalist, Sakura Yamamoto. The two films from and relating Japan, “Otosan” and “Ohayo Sapporo”, were included in the Viddsee Exhibition Short Films section.

There were also panel discussions, three times a day, from December 8-12, 2020, the 18th MFF had panel discussions with the filmmakers broadcast live on both MFF’s Facebook page and YouTube channel. This activity allowed the audience to connect with the filmmakers and our partners and ask them questions directly. The format also allowed a wide range of topics to be discussed. These include their inspirations for making their films, challenges in making them, techniques they applied, the message of their film, their stance on certain issues, their culture, practices, advocacies, as well as hope for the future. There were also topics on taking advantage of online platforms as well as online fundraising for future film projects.

The 18th Mindanao Film Festival was able to showcase a total of 84 films. 52 films from Mindanao, 14 films from other regions of the Philippines, and 18 films foreign films from countries such as Indonesia, Malaysia, Singapore, Thailand, Myanmar, Bangladesh, India, South Korea, and of course Japan.

There were over 60,000 views of the films on the festival’s YouTube channel, and over 13,000 views of the live events and panels. That is over 20 times more than the average amount of viewership in the previous years.