An online performance creation from Philippine-based theater company PETA and Kyoto-based company BRDG. Both companies have previously collaborated in creating a performance for children which was well received by the audiences. Last year, PETA and BRDG wanted to explore the ideas of isolation and connection particularly in the lives of young people and children who are affected by the COVID-19 pandemic.

The performance involved two actors from Japan and two actors from the Philippines. With the director (Ian Segarra), they explored different stories of children and young people from the two countries and explored various forms for performance such as music, movement, visual arts, theater and written text. The goal of the process was to create a 20-30 minute performance either non-verbal or using different languages.

In total, the project had three (3) outputs: 1) a devised online performance which was featured in the Young Artist Playlab Online Festival of PETA; 2) an online roundtable discussion with the entire artistic team via Talk Tuesdays / Let’s Get Creative online program of the PETA FB page; 3) sharing of insights and creation process through an online Youtube radio program in Kyoto, Japan. 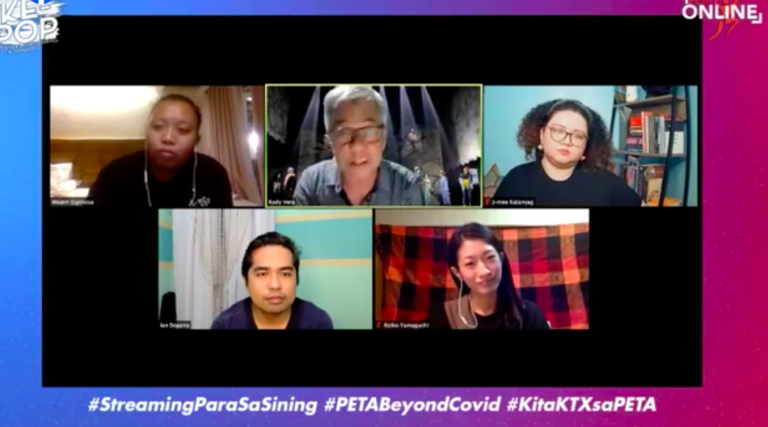