Learning to Live Intentionally in the Time of COVID-19

It’s been a difficult year for most of us in various ways. Life in lockdown has become a tedious cycle of unending hours; of days rolling on continuously becoming a monotonous blur. Time passes without thought and days clump together as if it were hardened rice. Some become content with waiting idly for the light at the end of the long quarantine tunnel, like a meandering desert dweller bereft of water and merely hoping for the appearance of an oasis. In the face of this mechanical weariness, many have paid an emotional toll, and for some, being in quarantine has even introduced existential uncertainty. The drag of repetitiousness while waiting for a distant and unclear future is a trap that many have fallen into. The peril of that is it takes away the sight of the life that’s in front of us. We fall in danger of losing grasp of what we have now, feeding the clout of ambivalence that surrounds us.

During the lockdown, I watched a film called Jiro Dreams of Sushi (2011). The documentary talks about the life of Jiro Ono, who is considered one of the best sushi chefs in the world. He was 85 at the point of filming, which means he’s 95 at present. The movie highlighted Ono’s dedication to his work from his early childhood working at a local restaurant at the age of 7, to the opening of his sushi restaurant in 1965, to the recent past.

“I fell in love with my work and gave my life to it. Even though I’m eighty-five years old, I don’t feel like retiring,” Ono said. “That’s how I feel.”

The film emphasized Ono’s commitment to his craft which was nothing short of outstanding. It reminded me of the many other stories I’ve read and watched about Japanese artisans that immerse themselves fully in what they do. From sushi to swords, from crafts to cars, the Japanese resolve for quiet perfection is well documented and revered. Ono stated: “You must dedicate your life to mastering your skill. That’s the secret of success (…) and is the key to being regarded honorably.” The purposeful pursuit of mastery not only sets Jiro-san’s food apart, but also sets him apart as a person.

This made me think: What would Jiro-san be doing in lockdown? I cannot imagine Jiro-san not making sushi for so long. The only thing I can think of him doing is going around his kitchen, sharpening his knife, practicing his slices, and perfecting his rice. Maybe there’s something in that way of living that we can learn from.

“Itoteki” is a Japanese word meaning intentional, purposeful, deliberate. Maybe it’s the perfect word to describe how we should approach life in quarantine and beyond. From Ono and other Japanese artisans, we can learn to live an Itoteki Life: A life of choices made deliberately and with purpose. It is being thoughtful on how we approach the things in our lives, and lending a perspective of consciousness to our lifestyles. These decisions manifest in a way of living that is self-assured by paying close attention to details in the everyday.

Itoteki Life need not be the big things, it can be the small things – the everyday things. With Itoteki in mind, making morning coffee becomes a journey: selecting the type of beans that suit your taste, grinding them in the right size, extracting the flavor the best way possible, and taking a sip of your creation, being proud of it; and aiming for it to be even more delicious tomorrow.

Through an Itoteki Life, we give meaning to how our actions, big or small, collectively elevate how we live. As we continue with this lockdown, and perhaps after, it would be good to carry on with Itoteki in mind. In its essence, Itoteki Life is living in the moment and understanding that now is an opportunity to make things better–as Jiro would be with his sushi.

This August, SUKi revolves around the theme of “itoteki”, a Japanese word that means “intentional”, “purposeful”, and “deliberate”. Inspired by Japanese artisans and the pursuit of quiet mastery, an Itoteki Life means being thoughtful about the everyday can collectively elevate how we live. The Japan Foundation, Manila hosts its 2021 Itoteki Life workshop-lecture from August to October exploring craftsmanship in moss gardening, indigo dyeing, and coffee.

More to Read on Suki 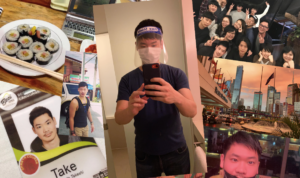 A Lesson on Staying Positive Words by Takehshi Matsumoto As the Deputy Director of the Japanese Language Education at JFM, I facilitate programs that introduce 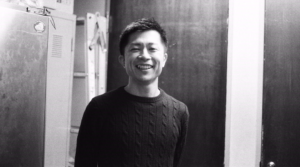 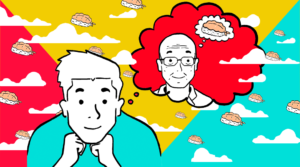