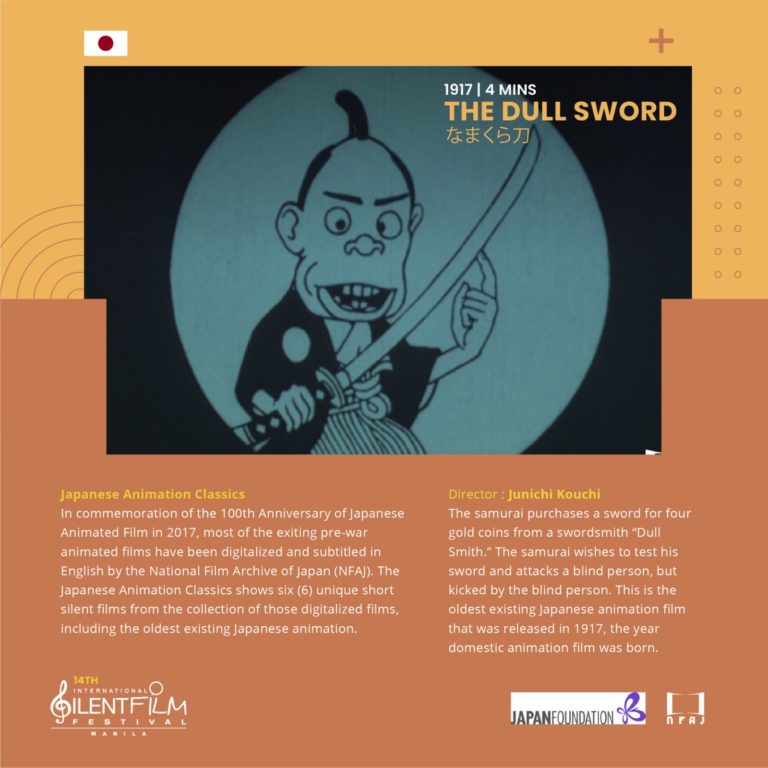 From its humble beginnings in 2007, the Japan Foundation Manila, together with Goethe-Institut Philippinen and Instituto Cervantes de Manila, have welcomed various partners and co-organizers to create this Festival.

In 2020, six countries with a rich tradition and history in silent filmmaking once again joined forces to continue the festival online this year. Participating countries were Austria, France, Germany, Italy, Japan, and Spain in partnership with the Film Development Council of the Philippines.

This year, the Japan Foundation, Manila featured a wide variety selection of early Japanese animation works that were produced by a small team of people, introducing pioneer artists who built the foundation of Japanese animation.

The films were curated by benshi Kataoka Ichiro from the collection of newly digitalized animated films by the National Film Archive of Japan, in commemoration of the 100th Anniversary of Japanese Animated Films in 2017.